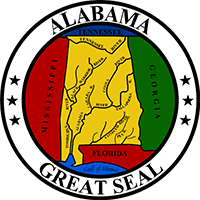 About Crime In Alabama

The Uniform Crime Reporting (UCR) Program was conceived in 1929 by the International Association of Chiefs of Police to meet a need for reliable, uniform crime statistics for the nation. In 1930, the FBI was tasked with collecting, publishing, and archiving those statistics. Data submitted by local law enforcement agencies through each state's UCR Program or Statistical Analysis Centers is utilized to produce annual statistical publications. Special reports using data from the UCR's large database are published as well.

The Code of Alabama 1975, as amended, provides the Alabama Criminal Justice Information Center (ACJIC) with the duty of compiling and publishing annual statistics on the nature and extent of crime in Alabama. Since 1977, ACJIC has administered the Alabama Statistical Analysis Center (SAC) and has utilized crime-related data submitted components of the criminal justice system to conduct objective analyses of statewide policy issues. Crime in Alabama and specialty publications produced by Alabama's SAC is provided below.

Crime in Alabama is an annual statistical report produced by the SAC housed at ACJIC. The report has been published annually since 1977. The Alabama SAC also produces other special reports utilizing UCR data. These reports are also available at the bottom of the page.

The Crime in Alabama reports include:

The mission of the Alabama Law Enforcement Agency is to efficiently provide quality service, protection, and safety for the State of Alabama through the utilization of consolidated law enforcement, investigative, and support services. As part of this mission, ALEA gathers statistics that are submitted to it my state, county, and municipal agencies on a regular basis.

Institute of Data and Analytics (IDA)

The IDA is the research hub of The University of Alabama's College of Business. Their mission is to promote the creation, transformation, and distribution of knowledge through applied analytic sciences for the advancement of evidence-based research and business intelligence. The IDA serves as the statistical-arm of ALEA for analyzing their crime data and providing the dashboards and tools available through this portal.

For research publications, please use the citation below to reference the data and analyses within this site: